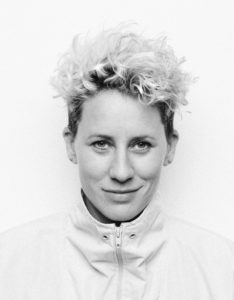 I’m a Norwegian singer-songwriter. In 2003 I started my own label. I entered the independent music scene and released my first EP “Pigs”, followed by the albums “Signs and Fiction” , “Beautiful Houses” , “I Want to Go” and now in 2016 ” Black Forest”.

After I performed my own music live for the very first time when I was 17, I’ve played countless gigs all over the world. My favorite thing to do as an artist is touring, I love the feeling of being in the same room with my fans and telling stories trough my music!

I love to do lots of different things: I’ve worked in the National Theatre and on different independent theatre projects. I also work as a Tv/Radio-hostess at NRK and I enjoy writing.

“It took me almost two years to write the songs and record them. I’m not one of those people who write songs easily. I don’t sit down every day from nine to five and write. I wish I could, but I’ve never been able. I need to get inspired, let the impressions and life get under my skin. Listen to music, find stories I want to tell, melodies that needs to be sung. On this album I wrote together with my musical partner for the last ten years; Roy Ole Førland. He gets me started on the melody and I get him started on the cords. It’s been an amazing process, because for a long time I felt like I could not write any more songs.

My head was filled with worries and doubt. My father died in 2011 and two years after that I hit the ground quite hard. I was not sure what to do with my life, what is the meaning with life? What about family, career, music, freelancing vs. stability, growing up, letting go of the past? Where and how should one invest the time and energy to get a good life?

I felt like I was lost deep inside a Black Forest.”

constantly developing her musical expression and the lyrics have over the years become more mature and poetic, characterized by life’s challenges and the beauty and ugliness of time. We can clearly hear this on her 2012 album “I Want to Go” and this is also something her new album “Black Forest” is deeply influenced by.

We find a variety of songs on “Black Forest”: The classical singer-songwriter songs “Who´s to blame”, “Tallest tree” and “Taking off all my clothes”, while some songs are more pop and rock influenced like “Dark spring” and “Head”.  In the songs “Almost Gone”, “Galaxy Van” and “Easy to Love”  you can hear the tribal drum beat and there are also some elements of gospel and soul, like in the songs “Words” and “Atmosphere”.

Heidi Marie has a voice and a sound that clearly stands out in the crowd of Norwegian music. She focus on lyrics, personal expression and she makes every effort to grasp the listener. Her style can be described as alternative pop, with a mix of more typical singer-songwriter elements. She is inspired by artist like PJ Harvey, Cocteau Twins, Neko Case and Laura Veirs.

Since 2003 Heidi Marie Vestrheim has released four studio albums on her own label, BlueBox Records.  Vestrheim has toured all over Norway, Germany and China.

Heidi Marie Vestrheim was born in 1977 in Øystese, a picturesque village on the west coast of Norway. Øystese is a quiet sort of place, situated next to the Hardangerfjord with views of glaciers, mountains and blossoming fruit trees. “I was actually named after the girl from the Heidi books by Johanna Spyri, my mum loved the mountains so much” Heidi Marie explains.

But even in a small village a creative mind needs an outlet, and Heidi Marie was a notorious attention-seeker. “In school I was always doing parodies of the teacher, stuff like that. That was the only thing I was ever told off for, actually, I never really got in trouble. Most of the time I was just a bit loud.. Though I did beat up one of the big boys once, for being mean to my friend!”. Thankfully, Øystese’s drama society became the perfect place for the young Heidi Marie who was an enthusiastic member, taking part in various productions including Pippi, Snow White and Grease.

In spite of this romantic childhood, Heidi Marie always felt curious about what life was like on the other side of the mountains. One particular dream revolved around living in a building where everyone was an artist, with workshops in the backyard. The basement would be a rock club with lots of gigs and an open mic. The theatre would be down the street, and all aspects of the creative process, from costume making and music, to stage sets and scripts would be covered by the inhabitants of this wonderful little community…

She started writing songs, but for a long time she was reluctant to show them to anyone.
At this point, Heidi Marie liked the kind of music that all her friends listened to, mainly chart stuff, like Madonna, but also Dolly Parton. “They are both among my favorites still. I‘m particularly fascinated by the things Dolly Parton has achieved as an artist, and also as a business woman. She came from nothing and did it all herself.”
Later on, the sounds of Tori Amos, Indigo Girls and Ani di Franco caught Heidi Marie’s imagination. “Discovering these acts was a really good experience: I didn’t know music could sound like this! The subject matter, the storytelling – I just had to keep listening”.

Heidi Marie’s sources of musical inspiration are diverse. But one common trait can be found – their honesty. “It has become the way I  write music myself. I can’t pretend to be anything I’m not. I write about things I’ve experienced; it’s all genuine”.

After moving to Bergen, a series of happy accidents brought Heidi Marie from bartending to getting a warm-up act for Ani DiFranco, to being signed to a major label as part of the band Atakama in 1999. Within a year her plans to apply to The Liverpool Institute for Performing Arts (LIPA) were suspended. Instead she found herself playing live to huge audiences across Europe.

When the band split in 2002, they had released several records and toured extensively. Heidi Marie wasted no time and contributed a text to Barfot, a Norwegian anthology where young gay people share their experiences. She also started work on what would become her debut as a solo artist, and the EP Pigs was released in 2003. The following year she released her debut album Signs and Fiction which went down a storm with the critics and the public alike. The ensuing 70-date tour brought her unique sound to places such as London and Reykjavìk. She also joined her friends Ephemera on the ELLE tour in Germany in 2005.

Another happy accident brought Heidi Marie to The National Venue of Theatre in Bergen. She was asked to play one of the leads in a dramatisation of the songs of singer/songwriter Jan Eggum, which ended up running for 70 nights. “The director had attended one of my gigs, and said no audition was needed. I accepted, and it was a really good experience. When you’re a solo artist, it feels so good to be part of a cast, taking direction. I’m so used to doing everything myself now!” .

In between touring, recording and running her own label, Heidi Marie has also found time for travelling. Whether interrailing as a teenager, or enjoying longer stays in places like Cuba and Australia, she has a certain ability to bump into all kinds of weird and wonderful people. “I come from a small town, maybe that’s why I love travelling so much? The important thing for me is to take things as they come, let fate decide. Obviously, you need some kind of direction, but all of my “random” choices, when travelling or in connection with my career have had the same “green colour”. They might seem odd or incongruous to you, but they all have that green in them. Do you know what I mean?”